Perhaps it is time for a new more fluid model of the human psyche based on the work of medical doctors turned mystics. Could it be that the human psyche is structured much like the eye of a hurricane/ tropical storm? The following model is arrived at by overlaying several perspectives:

The map of the levels of consciousness by Dr David R Hawkins M.D.
+
Thomas Huebl’s concept of the “Open Window”
+
The “Mandela of Being” by Dr Richard Moss M.D.
+
The pillar of I by Dr Ihaleakala Hew Len, Ph.D
+
an understanding of the internal dynamics of a tropical storm/hurricane.

Years ago I took a post grad course in climate and weather where we studied the fluid dynamics within a tropical storm. I find it fascinating that the same model applies to the human psyche.

First we will look at some cross sectional diagrams of a tropical storm. Then we’ll look at how this relates to the human psyche.

We then see that many other models or systems of belief are congruent with this model and fit together really well.

I prefer to call this model ‘The “I” of the storm’ rather than the “eye” of the storm because that is the shape it takes when one looks at a cross sectional diagram. This also fits in with Dr Len’s work (Pillar of I) and Thomas Huebl’s 3 sync/4sync process which we will discuss later.

First, let’s look at a tropical storm.
In the center there is an eye, which is completely different to the rest of the phenomenon. 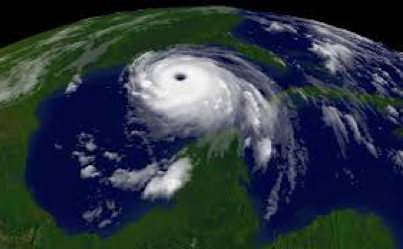 Inside the eye – cross section 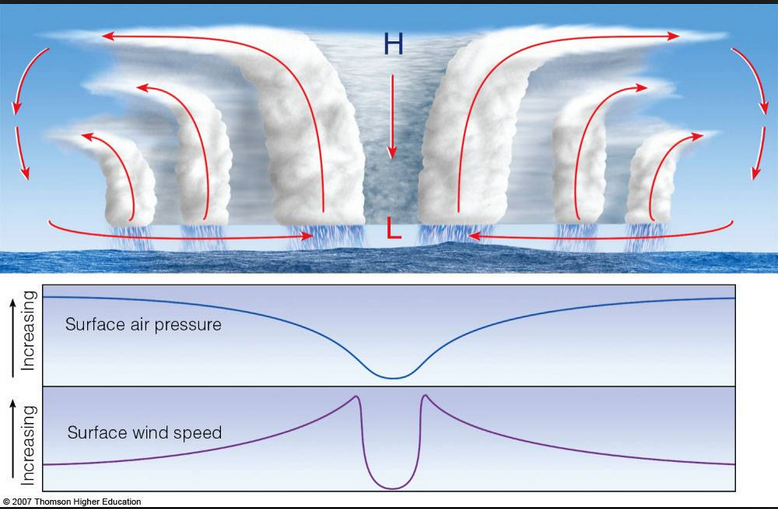 In the center it is calm with low pressure and clear skies/no rain. Just outside winds are strongest and pressure highest. The center is where new air comes into the system. Where the hurricane breaths in new air it is sunny and calm.

Which, from a bird’s eye view, looks very similar in structure to the “Mandela of Being” of Dr Richard Moss M.D. 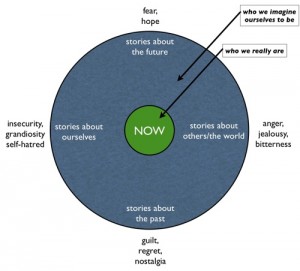 If you are not here now, where are you?

If we think of ourselves as the eye/”I” of the hurricane, this is where we are One (l) with the field
We are in the center when we are totally present. When we breathe, focus on our breath, we are present and calm. The minute we step outside the present (move into thoughts about the future, past, you or me) all hell breaks loose. We are in the storm with extreme pressure, high wind speed, no visibility and resulting chaos.
More on this, see Richard Moss, specifically the Mandela of Being.

Besides David R Hawkins (levels of consciousness/attractor fields), Thomas Huebl (open empty window) and Richard Moss Mandela of Being, one could also add in the model of the psyche proposed by Dr Ihaleakala Hew Len, Ph.D of Self I-Dentity through Ho’oponopono Pillar of I. Similarly, the 3 sync/4 sync model of Thomas Huebl; and also the LifePrints life purpose decoding system of Richard Unger (contraction and expansion dynamics) what contracts me?/what expands me?;
the work of Dr Joe Dispenza (converting past into future through converting structure back into electricity); the work of Heartmath (the heart creates an electromagnetic field in the shape of a holon which is the same shape as a tropical storm) we send and receive energetic frequencies;
the work of Jesus (change your reality by returning to the heart); all the ancient texts of every religion; the work of Douglas Harding (at our core we are empty space); the work of Byron Katie (stop believing your thoughts); the work of Neale Donald Walsch; Arnold Patent (the journey); Also a course in Miracles. Thinking of yourself as fluid and connected to the field is also consistent with Arnold Mindell’s Process Orientated Psychology and Bert Hellinger’s Family constellations, Clif Sanderson’s Deep Field Relaxation and many many more… these all merge with unified field theory
Notice any similarities between the shape of the holon shaped electromagnetic field around our bodies and the structure of a storm? Some scientists also theorize that the universe is a similar shape? We broadcast a frequency from our heart based on our feeling state. This has been mapped by the Heartmath institute. Hawkins calls these feeling states “attractor fields”.
This diagram below is how I thought the levels of consciousness fitted into the storm structure pre 2016. I think it’s inaccurate.
The levels of consciousness (feeling states) run right through the eye/I of the storm. One only realizes this if one is grounded and able to feel fully. This is the journey I have been on this year. The return from one’s head into one’s body in order to ground consciousness. (More on this in future posts) 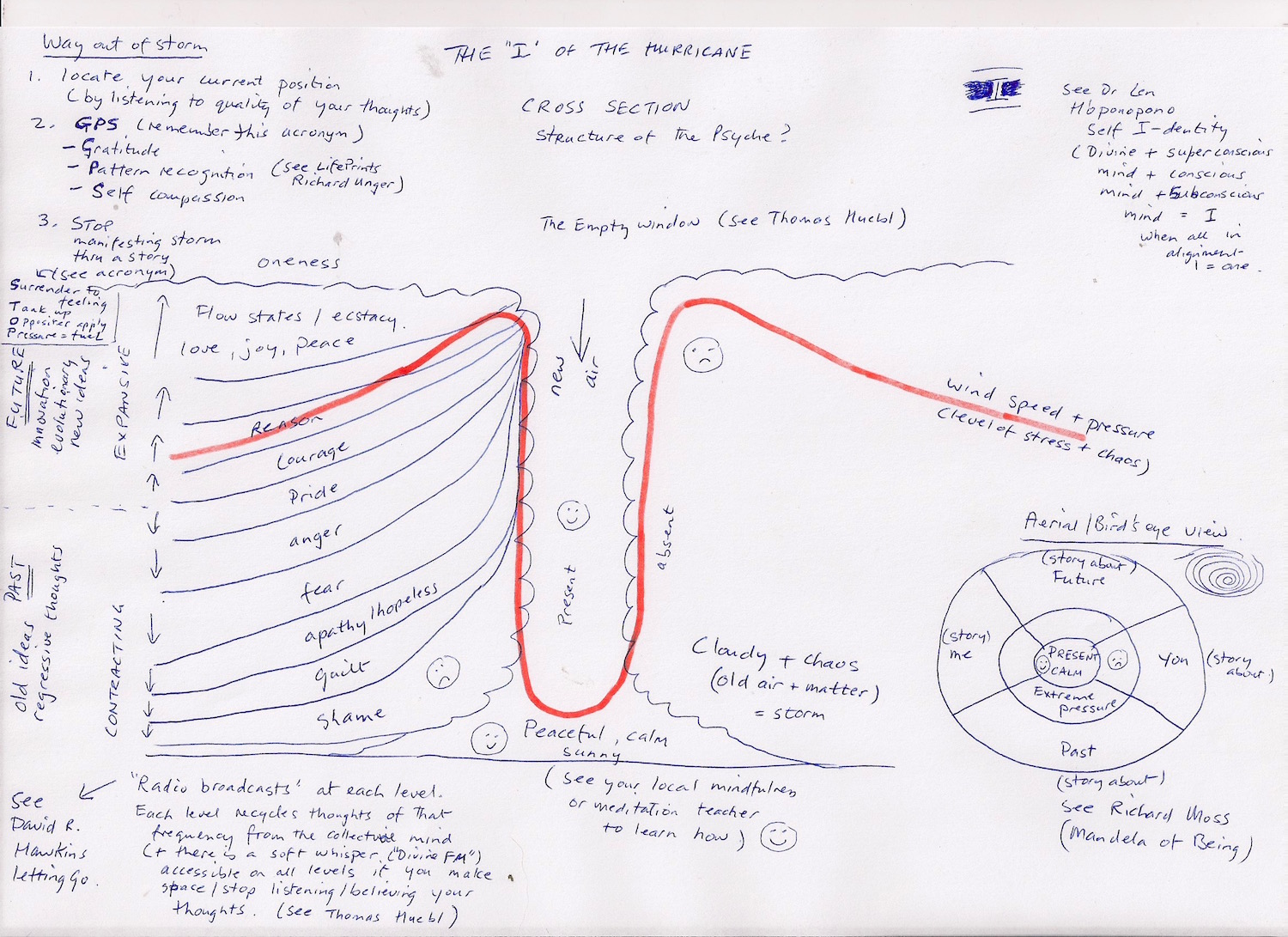 The way out of any storm is to ask the right question: instead of “who am I?” ask “where am I right now?”Then return to your own quiet, calm center.

additional notes
David R Hawkins’s levels of Consciousness (see map in his book Power vs Force)
These are like radio stations/frequencies that you tune into when you take yourself to certain feeling states.
Hawkins “Letting Go” technique (staying with the feeling without reigniting it with a story) is a powerful way to shift levels. The radical thought that comes from Hawkins is that all thoughts are not ours but belong to the field, specifically the feeling state/vibrational field we are currently visiting.

Hawkins levels of mind
This map is no longer illustrated here. To fully understand this idea see the book Power vs Force by Dr David R Hawkins.) Below a brief introduction to the levels measured by Hawkins.
Enlightenment 700-1000

Below 200
(Below the critical level of integrity)

The way out of the storm?

The key is to use the quality of your thoughts as a navigational aid, an inner GPS, to locate WHERE you are rather than WHO you are.

1. Locate your current position in the storm by listening to the quality of your thoughts.

2. Remember the acronym GPS to find your way out: 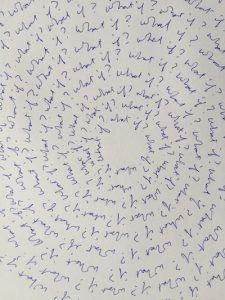 “The deepest listening is presence, is consciousness itself. It is space, an open heart, compassion and a deep receiving of someone.” Thomas Huebl. 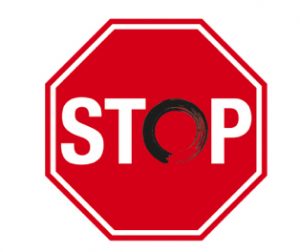 3. Another acronym worth remembering is STOP.
Stop manifesting the darker parts of the storm by telling or retelling yourself a story.
How?

Present = no story: as soon as you are present you are home, in the sunshine and fully connected (yin)
Pressure = fuel. Spend it on the same level or use it to go to (and create on) another level.

more on working with levels of consciousness and feeling what arises to lessen the collective pain in the world.