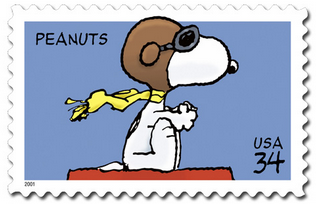 Years ago, in my early 20s, I took flying classes and earned a PPL (private pilot’s licence).
(Why? No idea, probably so I could write this story.)

The first (and only) long flight I piloted was a cross country exam from a gravel air strip near Johannesburg to an airstrip on the coast just north of Durban. My task was to fly there. Another student was to fly back. The flying instructor was our passenger. En route was a range of mountains called the Drakensburg

(translated = Dragon mountains). We were flying a few thousand feet above the ground. It was perfect weather, hardly a cloud in the sky. The instructor recommended, just to be safe, to go up an additional thousand feet. I thought he was a silly old man (of about 40!), being totally over cautious. We were already a few thousand above the highest peaks.

Luckily I took his advice. Next moment, our plane was plummeting. There wasn’t any sign that this was actually the case, except one dial on the instrument panel (the altimeter measuring height above the ground) that was winding itself down rapidly towards zero. Within seconds, we’d lost a thousand feet without even feeling it. I gave more throttle and pointed the nose upward, but still we continued dropping. But it didn’t feel like dropping. More like a sinking feeling. There was nothing we could do to get out of the down current except stay calm, pray there’d be an up current. Fortunately there was, but uncomfortably close to the ground. Suddenly the altimeter was winding in the other direction. I pointed the plane downward but still we were rising. I think this happened a few times. Then, just as suddenly it was over. We’d missed a catastrophe by the skin of our teeth. We cheered, breathed, laughed, exhilarated after the sheer-terror-nerve-tingling-near-death-possibility was behind us.

What does this have to do with you, now, us?

From above, high mountains look flat and turbulence is invisible. (Up and down currents are sudden and cannot be forewarned.) So too with world politics and humanity. Think of all of us as one unified field, like the atmosphere. Just a very thin, totally fluid, skin on a very large large ball.

With turbulence, or in a depression or regression, we plummet inadvertently, unless we are conscious of what’s happening and take course correction. When we are affected in this way we are no longer able to think or act the way we did previously. We can only tune in to the ideas of the frequency of mind that we are currently resonating with.

So what to do about the idea that the world going to hell in a hand-basket? Just don’t go there. Fly higher. Take yourself to a higher altitude/different story, but at the same time make sure you have a good instructor on board, that all your dials are working, you have solid base and are genuinely grounded so as not to run aground.

How? I’ll be interviewing an expert on this in Earthuni this coming Thursday. This is a complimentary call with Markus Hirzig. You are invited.
If, due to time zones work commitments, you can’t make the live call, the replay will be in the open auditorium of Earthuni.

This story is dedicated to two people I knew personally who lost their lives due to turbulence and not being grounded enough.
One was Andy Ross, a free spirit friend who died way too early in a microlight turbulence crash.
The other was Jon Olson, a free bird, born on the wrong side of the Rhodesian bush war. John was my creative director in a small ad agency many years ago. Same same but different story…

This article was also published in living now magazine under the title “Flying to Low?”

What to do when we are influenced by global drops in consciousness?
Here is some wise advice from Thomas Hübl: on being a mature citizen of the world.

One thought on “Are you flying too high or too low? (Think like a pilot)”